When NRE Labs launched, the project was driven by two main viewpoints:

The last three years have been a great adventure, and I’ve been very touched by the numerous stories I’ve heard from those of you who benefitted from the NRE Labs curriculum. That said, the community around NRE Labs didn’t develop to the extent we had envisioned. This has led us to making the tough decision to shut down the project.

The plan for NRE Labs going forward is:

I tried writing this blog post without doing a little bit of a retrospective. To be honest, it made me a little emotional, and so I had originally intended on just punting this until later. However, I can’t convince myself to publish any blog post of this nature that doesn’t acknowledge the many highlights that have taken place over the last three years.

Over the course of NRE Labs’ operation, I kept track of the number of lessons launched (this was all anonymized of course). This ended up being tracked in a few different back-end systems over time, so I never looked at the usage at a scale beyond a few months or so. Typically I would just set a query in Grafana equal to the trailing 7 days worth of activity - this gave me a good idea of what lessons were popular and what the system performance looked like during that time.

However, for this occasion, I pieced it all together. During the last three years, over 55,000 lessons were launched. This was the first time I’ve even tried to tally up usage statistics over such a long period of time, and when I saw that number, I was amazed. It was more than I could have ever hoped for. This is an average of about 350 lessons launched per week (50 per day!) 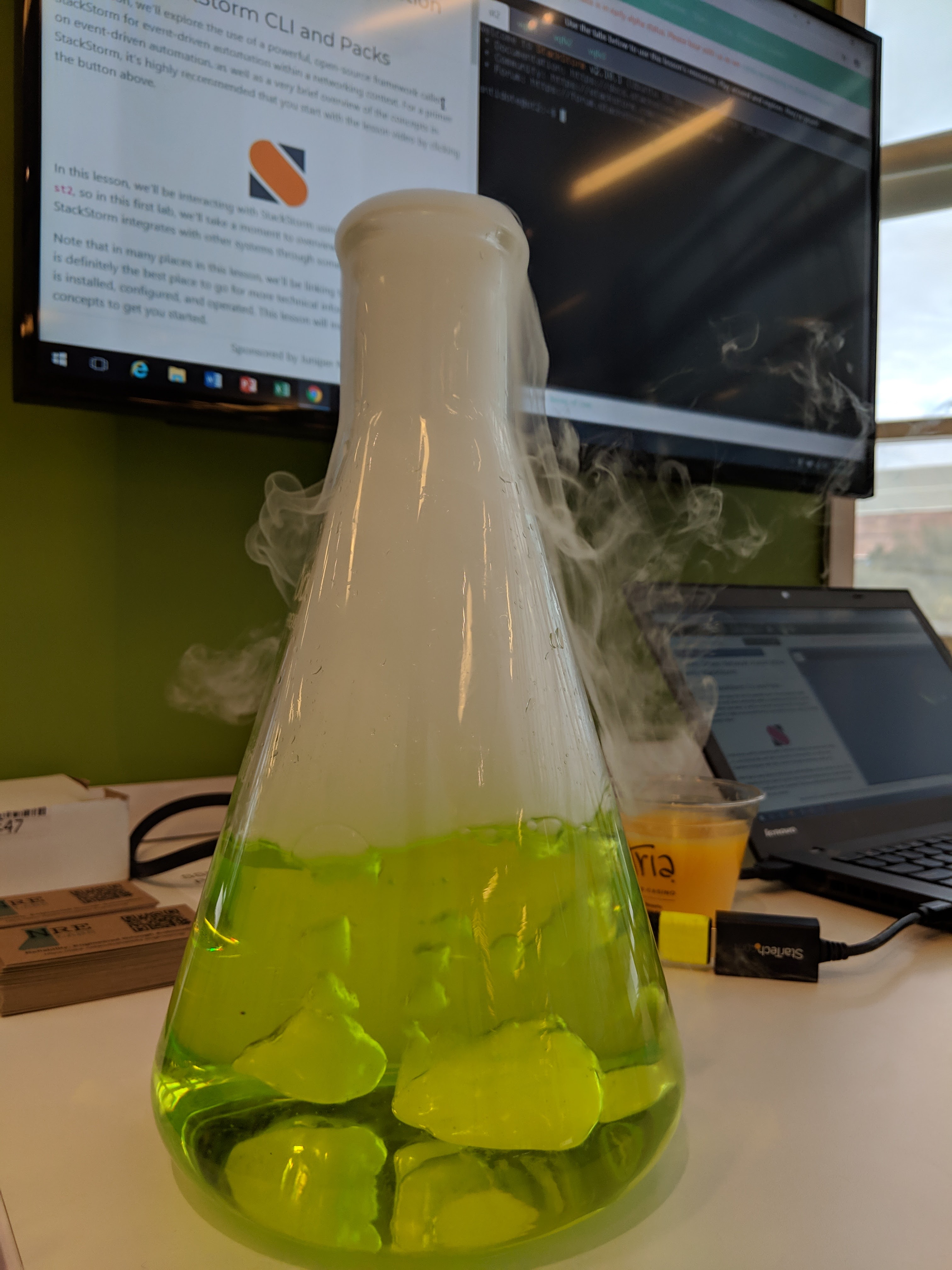 While I never viewed these raw usage numbers as the primary metric for the project’s success, it does show that there was enough substance in the curriculum to keep people coming back and spreading the word. And that’s not my doing - that number is owed 100% to those who spent time and energy contributing their time and expertise to the curriculum, the platform, and to the countless videos and blogs recorded on the technical subjects we covered.

There were well over 30 contributors to the NRE Labs project if I try to sum up all of the contributions tracked by Github. Even so, this doesn’t properly account for the other contributions that took place. Many provided feedback in our discussion forums, in Github issues, or even privately, and this had a substantial and positive impact on the quality of the content.

Of course, the NRE Labs curriculum and it’s 18 total lessons was the star of the show, and I really loved to see those contributions come in. I am a firm believer in teaching as a form of giving back and also as a way of reinforcing my own understanding, and participating in the creation of a shared curriculum for automation principles was its own reward.

Some of you wrote HUGE blog posts on the contribution process, and how to run some of the contribution tools. Some of you recorded your own videos, live-streamed NRE Labs content, or participated in some of our own live streams. NRE Labs is all of this, and it made the whole experience so much better.

Looking back on all of this, I am really blown away. More people than I could ever properly capture here invested their time and energy into helping make this project better, so for that I say thank you.

We didn’t really have a huge plan for our YouTube channel originally, but it ended up being the repository for some really great content.

The YouTube channel was really the manifestation that the NRE Labs project was about much more than just the curriculum or the Antidote platform. We have no plans to shut down or remove this channel, so all of those videos should be around for quite some time.

I’ve learned a lot through this project. There are plenty of lessons I had to learn the hard way as the project progressed and grew. However, there are also a few aspects and features in the project that from a purely technical perspective I’m particularly proud of: 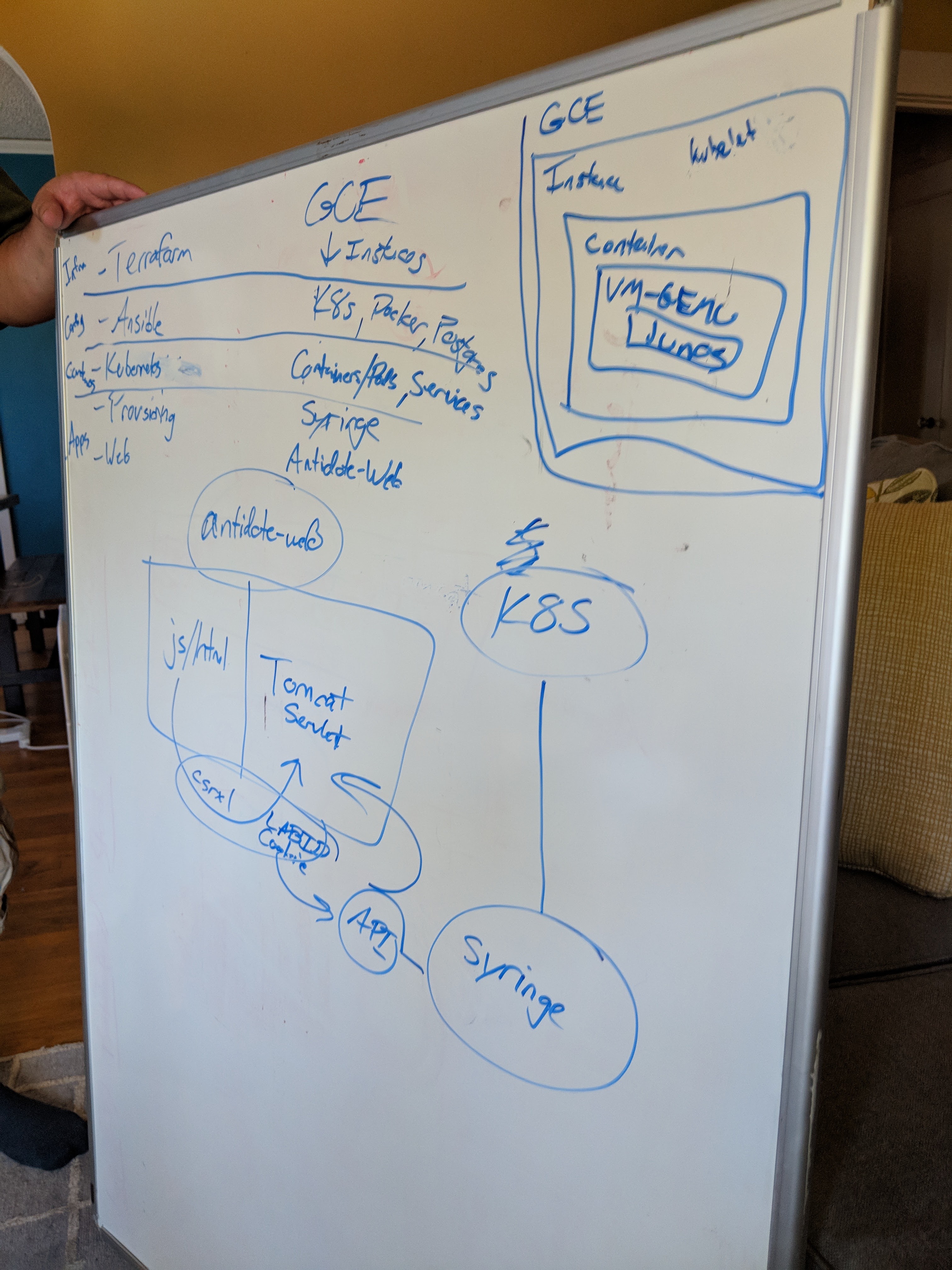 There were also plenty of ideas that we discussed (and also suggested to us) that we didn’t get around to:

As mentioned, the Github repositories will be marked read-only but will stay public. It’s all still available under an open-source license, and I would be supportive of anyone who is interested in what’s been done here. I will do my best to periodically check the project’s email address (nrelabs [at] gmail), if you have any questions or ideas you want to bounce off of me.

There are too many folks to count that deserve my gratitude for their involvement in NRE Labs, but there are a few that I absolutely must call out by name.

To James Kelly - Thank you for constantly being an NRE Labs cheerleader and for listening to me prattle on (often incoherently, I’m sure) about my ideas. Thank you for creating the NRE Labs logo! And thank you for letting me expense a ridiculously small order of real, custom-embroidered lab coats from a company who I’m sure hoped we were at least tangentially working in a scientific field 🤣. 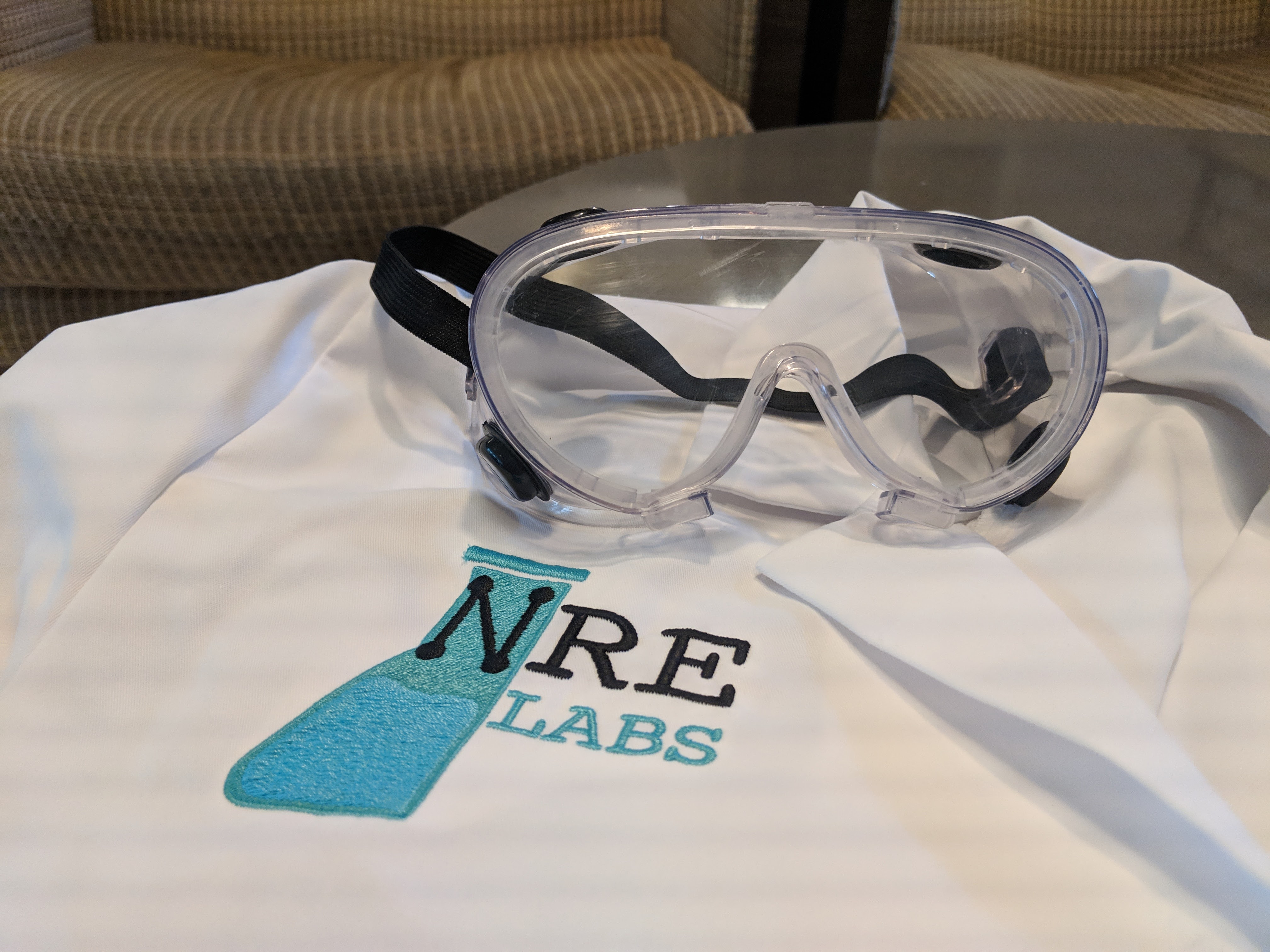 To Lisa Caywood - Thank you for helping the project “grow up” a bit, and making it more accessible to new and diverse contributors. You were responsible for so much “load-bearing” project work, some public, some not so public, but all absolutely crucial for the project’s early momentum. You were instrumental in making sure that all of the necessary tasks that others might overlook (I did!) when doing open source within a big company were done properly.

To Derick Winkworth - Thank you for putting on your game face for this project. You invested so much time preparing for and interviewing people for the livestream, and coming up with ideas for new content, or improvements to the platform. Thank you for tirelessly working on improving the contributor experience, and helping contributors learn how to use the tooling. Especially in the very rough early days of the project, this was absolutely instrumental. There were a lot of other things you could have chosen to work on, and I want to say thank you for jumping on the bandwagon with me.

Again, for everyone else that contributed and participated, thank you. This project couldn’t have gotten where it was without you. For those that spent time learning through the curriculum - we hope it was useful on your journey. We hope that you don’t stop here, and that you continue down the learning path. 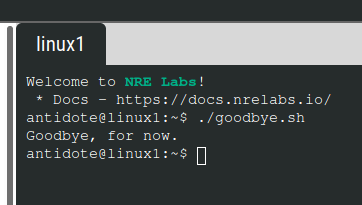